Angie manages to make each session, whether online or “live” feel like you are doing a class with a special friend.

I truly  believe they aren’t many better teachers than Ang and I can’t recommend her enough!

Angie Newson has been involved in the health and movement industry for over 30 years. She started firstly in group exercise in 1990, teaching aerobics and step in many top London clubs, and presenting in the UK and Europe, as well as appearing on various health TV shows as ‘fitness expert’ for Living TV, Channel 5, Discovery Health TV & Sky’s Fitness TV channel.

Angie spent many years in health club management – as a Studio Manager for eight years at London’s prestigious and exclusive Laboratory Spa & Health Club, Muswell Hill, London. After overseeing the group fitness and mind body studios, auditioning and hiring their team of teachers, she then went on to be General Manager, leading the operations of all areas of the club.

Whilst General Manager, The Lab was voted in Time Out’s top five London Health Clubs and achieved the highest membership in their history. Alongside this, she continued her passion for teaching and left to delve deeper into yoga and Pilates. She maintains her connection with the clubs as editor of The Lab Report, their club magazine.

She is a regular guest Pilates presenter at the renowned Champneys Health Spa in Tring and is an Exercise to Music examiner. She was a Les Mills’ BodyPump Assessor for many years and still enjoys lifting barbells! Previously, Angie was ‘movement expert’ for The Life in Rhythm Plan for Johnson & Johnson to help improve digestive health and Ambassador for the clothing brand Sweaty Betty for six years.

Angie is a health and fitness writer and author of Get Fit for Free with Yoga & Pilates published by The Reader’s Digest and The Detox Factor, an Amazon best seller. Her website, ageproofliving.com offers articles from a fab team of pioneers in their wellbeing fields. 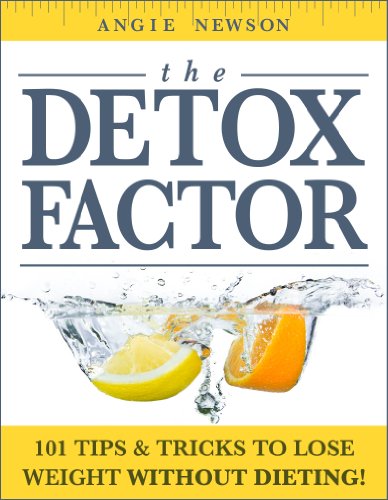 Find out the secrets to effortless weight loss, improved vitality and confidence the healthy way. 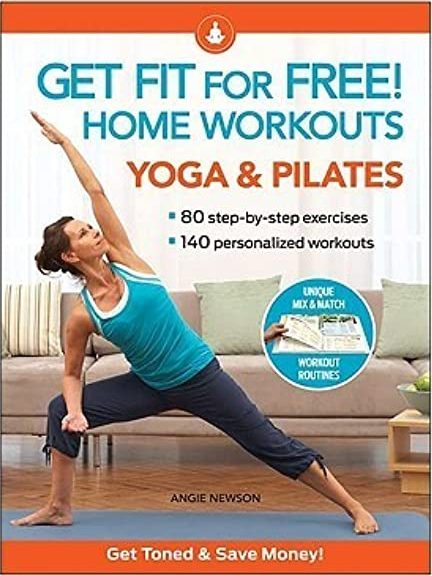 Stay safe, stay home, stay healthy!  140 workouts that you can design and customise to your own fitness level.

Angie has written for most of the UK’s national press and women’s magazines on our stands and is the yoga & Pilates expert for The Sunday Telegraph Stella magazine and was resident ‘fitness expert’ for one of the first women’s websites, i.village.co.uk. She is also fortunate to be part of the Health & Fitness Travel writing team. She was on the Team of Experts for Slimmer magazine and had her own column in UltraFit magazine.

Over 16 years ago, alongside group fitness, Angie’s focus shifted more inward to Pilates and yoga, first practising these methods and then going on to teach, qualifying in Pilates with The Physical Mind Institute of Santa Fe, The Pilates Institute and then with The Pilates Foundation UK, under the guidance of Hana Jones and Anne Marie Zulkahari, both in matwork and studio equipment.

She has attended various Pilates Method Alliance conventions in the States and workshops here and abroad with the ‘Elders’, including Ron Fletcher, Mary Bowen, Lolita San Miguel and Kathy Grant.

Angie also has a deep respect and love for yoga, and believes both disciplines can complement each other – the precision, alignment and attention to detail and those subtle internal changes are found in both methods. She qualified first as an Iyengar yoga teacher in 2005 and travelled to Dehradun in India to pursue her yoga practice with The Chanchanis and also to The Ramamani Institute to study with Geeta & Preshant Iyengar in Pune, India.

More recently, Angie’s yoga has changed direction in style and she qualified in Yang & Yin Yoga under the guidance of Simon Low, Gary Carter and the faculty of The Yoga Academy. She embraces the benefits of the dynamic breath-led flowing style of Yang and the restorative advantages of a Yin practice. She continues her learning with Simon and his team.

“For me, both yoga and pilates focus on the deep connection of the mind, the body and spirit and offers each individual the wondrous exploration of their internal world.”

​Angie is recognised by Yoga Alliance US and is fully-insured and first-aid trained.

I have known Angie Newson as a teacher for 4 years, she is the best instructor I have ever come across over the years.  She is very professional and teaches various disciplines at all levels. She is always encouraging and possesses great empathy and charm.  Recently I have joined her online classes which have been most helpful.

I have been doing a variety of classes with Angie in recent years. I love her motivation, professionalism, friendly manner and most importantly technique. I also admire her ability to keep an eye on the entire class and guide each class member within their individual capabilities and techniques. Always look forward to Angie’s classes, lots of variety!

Angie is a brilliant teacher, in the flesh or online classes.  What I like about her is that she obviously knows so much about exercise, yoga and Pilates, yet is always enthusiastically further developing in these disciplines to run classes that are constructed excellently for maximum benefit for those attending. She is highly professional yet the atmosphere in her classes is relaxed and permissive - you feel you don't have to be very skilful and you can find your own learning helped along by Angie's clear supportive instructions as she ably keeps track of all attending.  Above all her classes are just a lot of fun!

We use cookies to ensure that we give you the best experience on our website. If you continue to use this site we will assume that you are happy with it.OkPrivacy policy