Angie manages to make each session, whether online or “live” feel like you are doing a class with a special friend.

I truly  believe they aren’t many better teachers than Ang and I can’t recommend her enough!

Yoga originated in India thousands of years ago and the word ‘yoga’ means ‘union’ in Sanskrit. The union of the mind, the body and the spirit.

The physical postures (one of the 8 limbs of yoga) enhance flexibility and strength, and along with the breath, can aid deep relaxation to prepare the body for meditation (usually when the student is ready).

Although yoga is much more than a series of physical poses (known as asana), practising regularly will create a feeling of well-being and cultivate the dynamic balance in both mind and body, to improve general health, happiness and contentment.

Yoga is a philosophy for a way of life, free from the stresses of the mind, and the benefits gained from the physical aspects explore a deeper inward journey of conscious awareness and questioning.

Yang yoga is a breath-led flowing style of yoga – with loops and spirals – and incorporates principles of qigong and traditional Chinese medicine. It is dynamic, precise and most importantly safe – suitable for every body!

Along with static postures, strength, flexibility and endurance improve.Yin yoga helps us slow down in this fast and sometimes furious world. With the aid of props (bolsters, blankets, blocks etc), postures are held for longer giving the mind and the body time to relax and restore.

Each pose helps us surrender and deepen in order to heal. Postures can be adapted to suit every body. It allows the body to soften and release rather than stretch and pull. 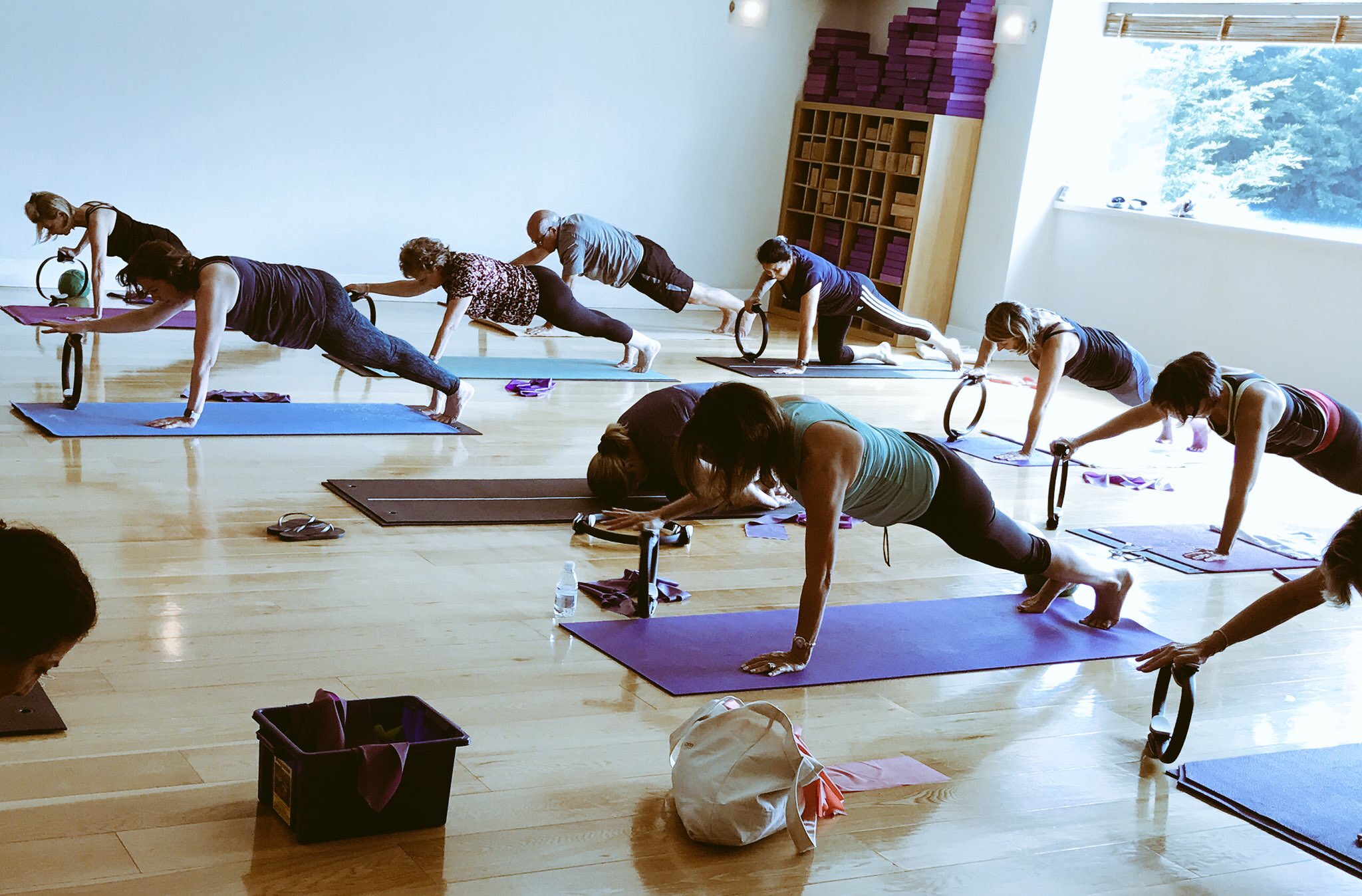 Pilates is a series of flowing exercise movements either practised on a mat or using specially-designed studio equipment. It focuses on articulation of the spine with abdominal initiation and control.

Attention is paid to alignment, precision and breath resulting in increased strength, flexibility and well-being of the mind and body. Co-ordination is challenged and clients will feel taller, with improved posture and muscle balance, more able to focus and concentrate, along with a feeling of creating length, openness and space within the body.

Jospeh Pilates was born in 1880 in Germany and came to England in 1912 to further his training as a boxer. When World War l broke out, he was interned in the Isle of Man.

Joe (as he was known), had already established his exercise regime and apart from boxing, was a self-defence teacher, a gymnast and a circus performer. Whilst looking after prisoners of war in hospital, he came up with the idea of attaching springs to the hospital beds so patients could exercise to rehabilitate.

During a very serious outbreak of influenza, thousands died, however the group under his exercise regime and guidance were the only ones not to catch the virus!When the war was over, he returned to Germany and in 1926 departed for New York. On his journey over, he met his second wife, Clara.

They opened a fitness studio on Eighth Avenue, near the New York City Ballet and quickly built a reputation of helping dancers recover from injury using equipment Joe had made himself. His focus was on correcting muscle imbalances and improving posture.

He was known to handle his clients quite firmly! Check out some him teaching on Youtube! His wife was more gentle, laying her hands softly on areas of the body to ‘guide’ the client.​

Joe died in 1967 at the age of 87. Clara continued until her death in 1977. Many Hollywood celebrities discovered Pilates in the late 80’s at Ron Fletcher’s studio in Beverly Hills and then through the media, the physical and mental benefits of Pilates became world-known. Pilates is now the generic term for the repertoire of exercises we know today.

The original ‘classical’ repertoire contained 34 matwork exercises.Angie is fully-qualified with The Pilates Foundation UK and regularly updates her knowledge attending conventions, workshops, both practical and theoretical and enjoys teaching both matwork and studio, one to one and in small groups.

For those with injuries, she works closely with the client’s chiropractor, osteopath or physiotherapist to ensure they get the best rehabilitation programme tailored to their individual needs. She teaches classical combined with contemporary Pilates.

We use cookies to ensure that we give you the best experience on our website. If you continue to use this site we will assume that you are happy with it.OkPrivacy policy